Food Business Evolution: Is There More to Life Than a Turkey Sandwich? 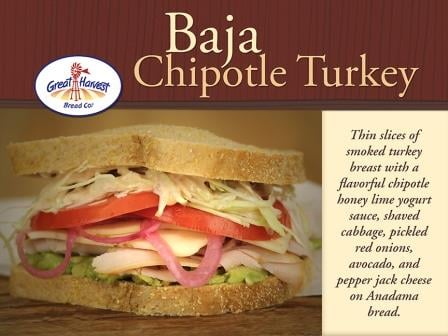 Seth Godin published a piece on New Years that was an interesting twist on resolutions. Simply called “Used to be,” it was brilliant in terms of how brave it is to change and stay relevant, both for individuals and for businesses. It got me thinking about change as it relates to Great Harvest.

Staying Relevant in the Food Business

We are in the midst of a true revolution in the food business and we all need to decide what our “used to be” is. One of the best examples of a food franchise that still is what it used to be, and will fade into (relative) irrelevance over the next generation, is McDonalds. I think their slide started about a generation ago, but I also think they really were at the forefront of the gourmet burger movement in the mid 1980’s. Today they are doomed by it. And their actions in between those two points sealed their fate because they never saw that there is more to life than a “turkey sandwich” until it was too late.

Speaking of the 80’s, remember the McDLT? Here’s a clip of an old commercial featuring a young Jason Alexander (a.k.a. George from Seinfeld).

McDonalds moved into the gourmet burger world way before its time with the McDLT. For the day it was gourmet. Not by today’s standard but certainly by those at the time. And it was revolutionary in terms of product and packaging. But a few years after its successful introduction, they made a commitment to the (then) early-stage environmental movement and eliminated plastics and foam from all of their packaging. Good for them!

Unfortunately, the McDLT was packaged in foam and that packaging was the secret to its success. They tried to package it in paper after their move to the green cause but that just didn’t work so they pulled the product from their menu. Now the McDLT lives on lists of epic fast food failures, its initial success long forgotten. McDonalds made a series of right choices there. Get into the gourmet market early. Get on the environmental movement early. Kill a product when the quality wasn’t up to snuff. So what happened?

McDonalds missed the generational shift to better and better for you food that Chipotle and other food franchises caught. Now, they are behind and will be playing catch up. That is almost impossible to do once a generation forgets about you. McDonalds will still be around and huge a generation from now, but not what it was. To put that point in perspective, the current darling of the gourmet burger world, Shake Shack, needs nine — yes nine — months to generate the revenue that McDonald’s does in a day. McDonalds won’t go away but they will fade. They lost their edge. 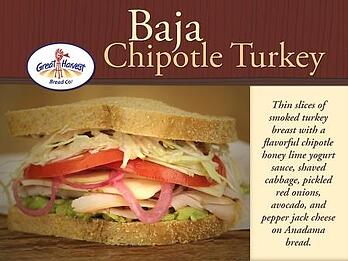 It’s not all about burgers.

Here’s another example of food business evolution. Turkey sandwiches remain the best-selling sandwich in America. But the sandwich stores experiencing the greatest growth are showing increasingly diverse menus. The growth is coming in exotic flavors. They may be paired with turkey but the flavors are evolving beyond basic turkey. There’s another instance of re-invention. Great Harvest follows sandwich trends because over the years we have evolved from a bakery-only model to a bakery-café.

You can find change in our bread menu as well. Honey Whole Wheat remains our number one selling product. But the opportunity for growth lies in flavors. The Food Channel has made us all experts and we want more from our food. We are giving it to you in things like our Superfood Bread, Bacon Cheddar Beer Bread and Hummus Bread. These are not your normal breads. They are worthy of the experts we have all become! A bread made entirely from superfoods. A bread with bacon, beer, cheese and garlic. Seriously. And a bread that is made with and tastes just like hummus. These breads are special — and certainly not who we used to be. And yet they are made with the same quality ingredients and slow food methods that honor our values.

Evolution is tough in business. What works today won’t work forever. But the values of what makes today work will. The trick is to blend the two. Keep your values true while keeping your business current. We can all stand to regularly ask ourselves what we need to put in the past. As Seth so appropriately challenges us:

If you were brave enough to leap, who [or what] would you choose to 'used to be'?

What’s your next re-invention?

By the way, if you are looking to make a change in your own life and reinvent yourself as a new business owner, we can help you make the leap.

Find out about bakery franchise opportunities with Great Harvest
and leave your “used to be” in the past:

If you are interested in food business trends, don't miss these related posts: