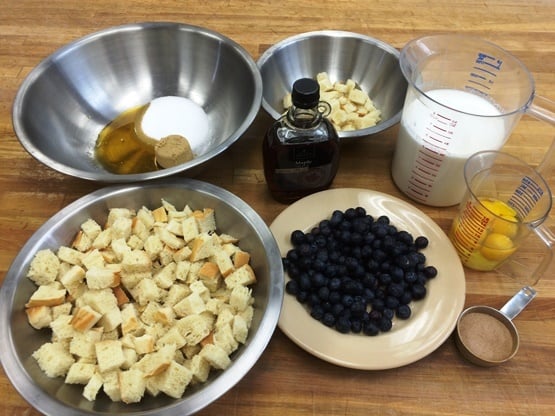 I am not going to lie — I absolutely adore bread pudding. Definitely under-appreciated in the dessert world, it’s known for being a way to use up old stale bread more than anything else. Not much thought is given to proportions, flavors, or the sheer power and possibility of this classic dish. Too many times, iterations of bread pudding are more like sweet versions of Thanksgiving stuffing — heavy and cloying. It's time to set things right.

Bread pudding isn’t just about getting rid of old bread ─ it’s about the pudding. 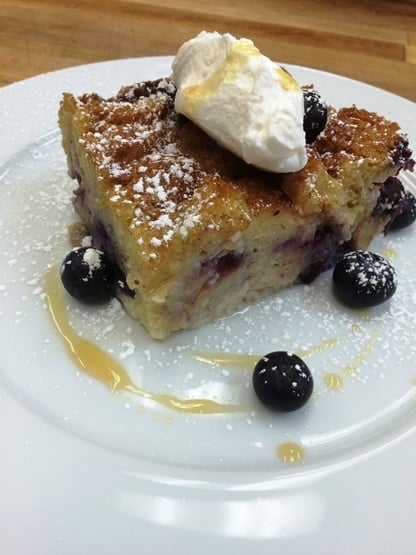 In my updated version, the cubes of classic Great Harvest white bread are suspended in rich custard flecked with nutmeg and cinnamon. It is loaded with tart blueberries and enhanced with the perfect complementary flavor of maple syrup. When done properly, slices of this bread pudding literally quiver on the way to the plate the way the best quiche does. Equally important is the crisp butter and sugar baked topping from the reserved bread cubes (an old pastry chef trick to provide contrast in texture to the silky pudding underneath).

Despite its sometimes sordid reputation as a use of leftovers and crusts, when executed this way, bread pudding can truly be one of the great stars of your summer dessert tables, barbecues, and cookouts.

With the season’s fruit just coming into its own it is the perfect time to head to your local Great Harvest bakery, buy a loaf of our famous white bread, grab some berries from the farmer’s market and get your bake on! Feel free to substitute other fruit for the blueberries, such as blackberries, peaches or plums. When autumn rolls around, diced fresh apples or pears work equally as well.

This dessert can be made a day in advance and stored in the refrigerator if necessary; simply cut squares and reheat in a 300⁰ oven for 10-15 minutes. 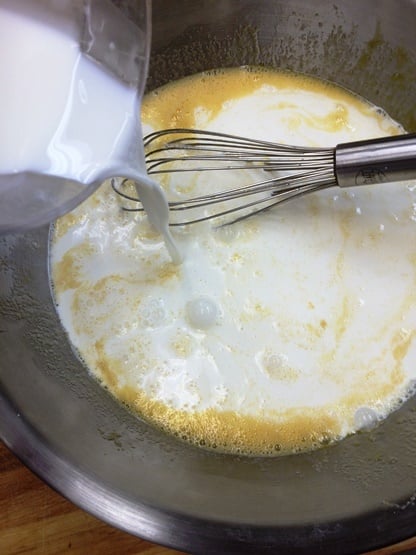 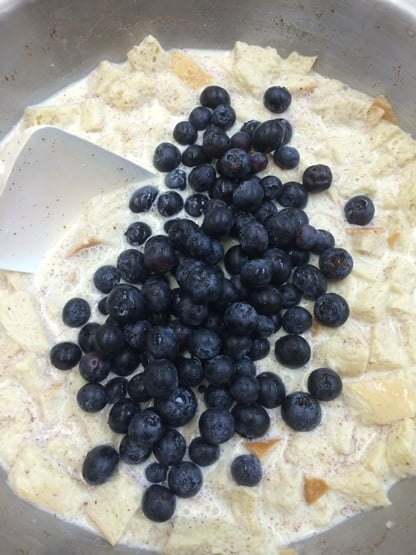 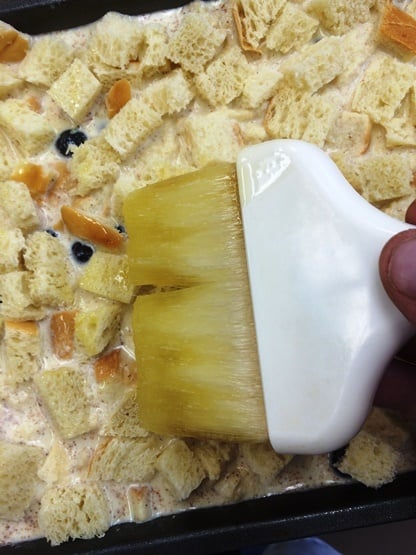 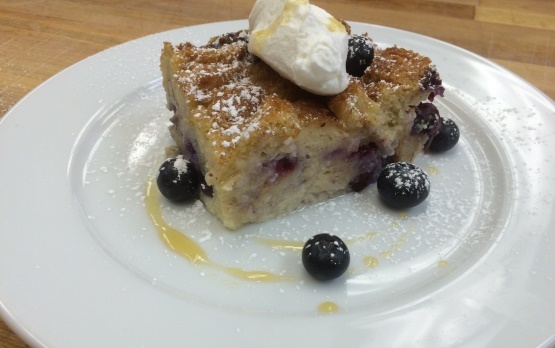 Let me know how it works out for you.

Before you go, I’d like to ask for your help in choosing my next recipe.
Let us know what you’d like to see next:

Don't miss the next recipe — subscribe to stay tuned!