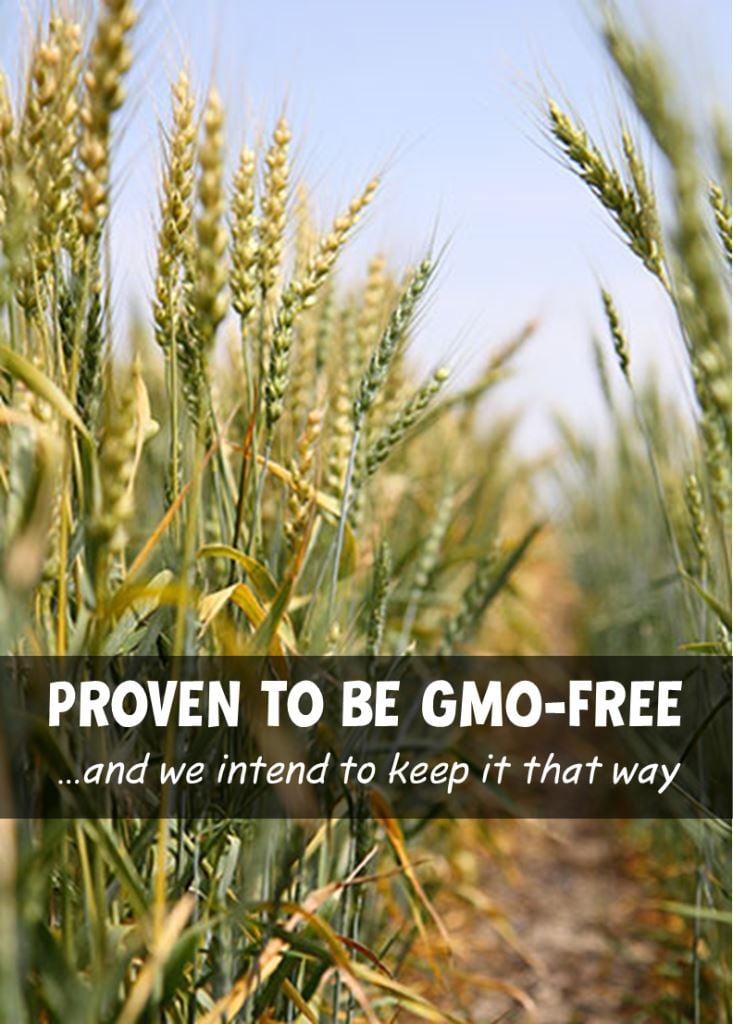 In the fall I blogged about our new and more rigorous wheat testing protocol. I also promised an update as we got results:

I am happy to say we have independently confirmed no GMOs in our wheat.

To have a result other than that would be big news as there really is no GMO wheat commercially available in the United States ─ nor is it legally approved anywhere in the world (Forbes). In fact, when the Montana Department of Agriculture and I discussed this they asked me to contact them immediately if the result wasn’t completely negative. There are GMO fears everywhere ─ and I can understand them ─ but wheat is just not a high-risk crop in that regard, due to the negative economic impact it would have on international wheat export (New York Times). Nonetheless, we will continue to test our wheat for GMOs just to be sure it stays that way.

Full Disclosure on Results of Our Wheat Testing, As Promised 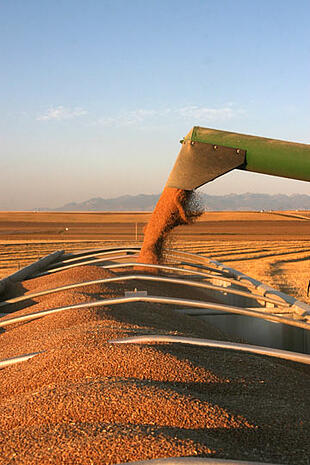 As far as testing the wheat for chemical residue is concerned, we found none there either. Our wheat is clean. None of our tests came back with anything remotely approaching FDA thresholds for chemical exposure.

Now, I did promise full disclosure, so here are the full details:

This year we purchased 12 lots of wheat from 12 different fields. Three of the lots are in post-harvest storage and more difficult to get access to, so we've not yet tested those.

We took samples from each of the nine other lots, and subjected them to a battery of tests. Of those, a portion of one wheat sample registered a trace amount of pesticide on one test. The trace amount translates to one half of one percent of the FDA’s allowable level. The FDA allows 8 PPM, and one of the nine lots registered a 0.047 PPM. That amount is so low that it likely wouldn’t have come from being treated with a pesticide. It most likely came from some residue in a container during storage or transportation. By FDA standards such a negligible amount qualifies as “no chemicals,” but that is our full disclosure as promised. None of our other samples of wheat registered chemical exposure in any of the other tests.

Wheat from each of the three remaining lots will go through the same rigorous testing to be sure they meet our strict standards before any of them leave storage and go out to any stores.

In Defense of Hybrid Dwarf Wheat

One last thing I want to address is that some people have claimed that most wheat in America today is hybrid dwarf wheat, and that it’s bad for you, in part becuase hybridization is being confused with genetic modification. That is inaccurate. To learn about the types of wheat and their distribution across the U.S., visit the USDA website here.

Hybridization occurs in nature even without human intervention (New York Times), and hybridization through guided natural reproduction has occurred for centuries in America (Mother Earth News). More than that, if you consider Native American corn. Hybrid wheat is not genetically altered or engineered (as are GMOs). Rather, it is a product of naturally selected breeding. Dwarf wheat is nothing more than the outcome of selecting wheat that is shorter and not selecting wheat that is taller. The reason for wanting shorter wheat is clear: shorter wheat is less prone to wind damage. This makes for greater yield, which makes for a better food supply to feed an ever-growing world population. The beauty (and necessity) of hybrid dwarf wheat is that simple.

Whole wheat’s many health benefits are supported by incredibly strong research. I can’t say the same for claims that hybrid dwarf wheat (or wheat in general) is bad for you. It’s hard to dispute 25 years’ worth of data collected on 118,000 people in the U.S. which found major reductions in mortality rates and death by heart disease as a result of consuming more whole grains every day. (See more on the recent study by Harvard’s School of Public Health and Brigham and Women’s Hospital here).

Let me know your thoughts in the comments.

Here are some similar posts you may enjoy:

Don't forget to grab our Guide to Whole Grains if you haven’t yet: