Don't Miss Out On The Neurological Health Benefits of the MIND Diet! 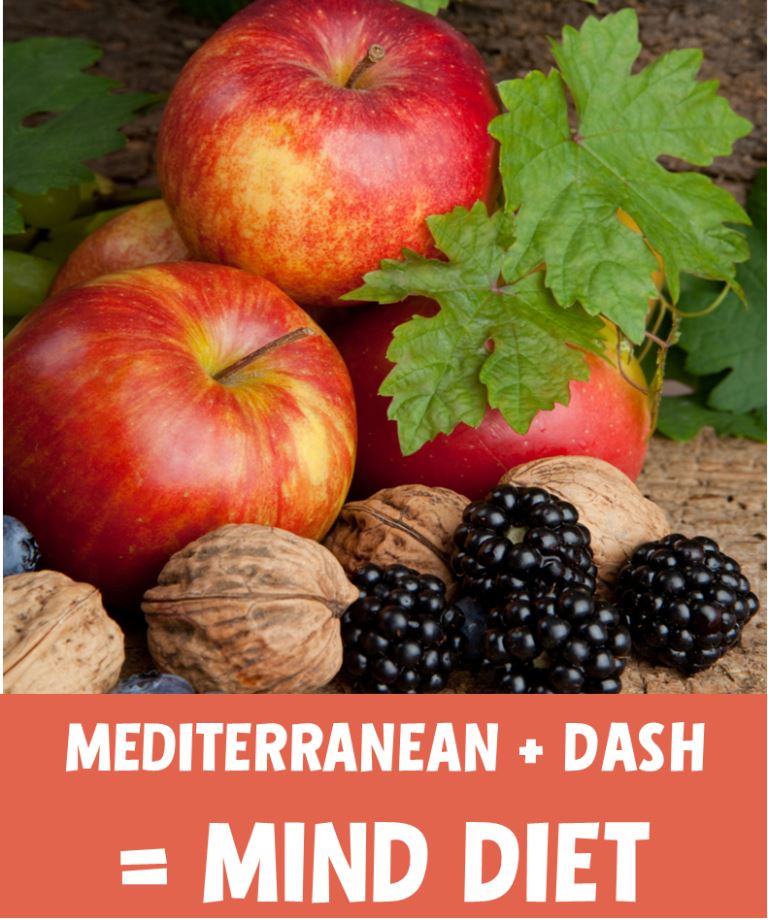 Just recently, I was reading about a relatively new diet called the MIND diet . . . and it is something I can definitely get behind!  The MIND acronym stands for Mediterranean-DASH Intervention for Neurodegenerative Delay. It blends two well-founded health improvement diets, the Mediterranean and the DASH (Dietary Approaches to Stop Hypertension), to reduce the risk of Alzheimer’s disease. 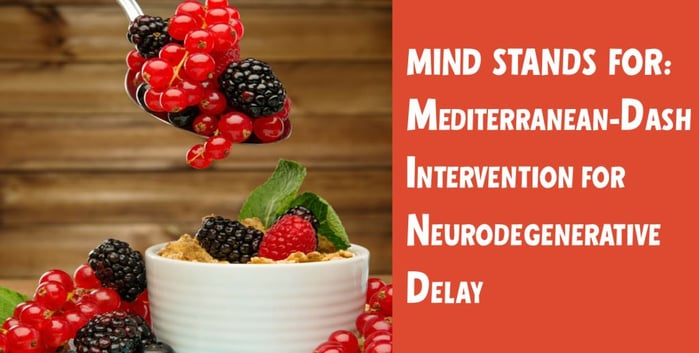 Individually, both the Mediterranean and DASH diets can elicit reductions in risk of heart disease, cancer, blood pressure, cholesterol, and cognitive decline, but neither is specific to current knowledge on neuroprotective foods and nutrients.

Although the Mediterranean and DASH diets remain in the gold standard category for reducing heart disease risk, a new study published online in Alzheimer’s & Dementia: The Journal of the Alzheimer’s Association discovered that the MIND diet had an even greater impact on lowering the risk of Alzheimer’s disease. In fact, according to the study, it lowered the risk of Alzheimer’s disease by up to 53% in those who strictly adhered to the diet. What’s even more impressive is that even moderate adherence to the diet resulted in a 35% reduction in risk of developing the disease. These are some pretty incredible numbers considering about 44 million people worldwide have Alzheimer’s or related dementia.

Up To 53% Reduction in Risk of Developing Alzheimer's Disease 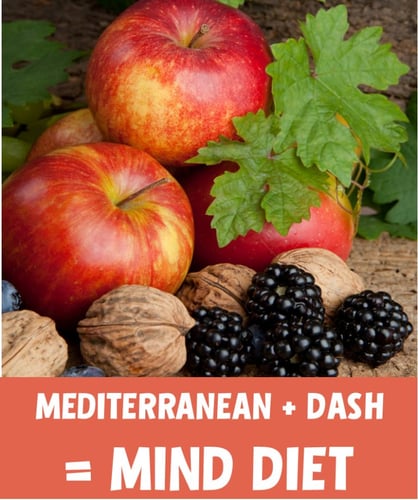 Additionally, there were five foods that helped to decrease risk when avoided in the diet. These include red meats, stick margarine, pastries, and sweets ─ which should be limited. It is also recommended that less than one tablespoon of butter per day, and less than a serving each week of butter, cheese, and fried or fast food be consumed.

So what are the characteristics that were noted to decrease the risk of Alzheimer’s disease?

What do you think? Is this a diet you would be interested in following? Remember, you can do anything you put your MIND to!