Getting Real About Real Food With a Low-Sodium Diet 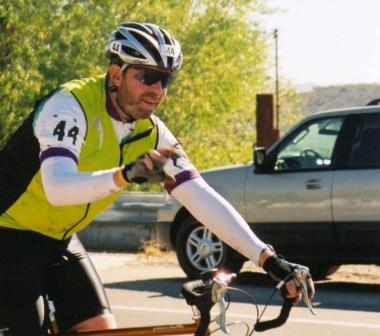 In my last post, I shared a story about why, after 13 years of working in a business centered on real foods, a real food diet suddenly became several more degrees of real for me. Due to health issues my wife and I were facing, we had to make some big adjustments:

• To fight her cancer, we aggressively eliminated hormones from our diets by cutting out dairy and grocery-store meats.

• To fight the effects of a viral infection in my heart, I drastically cut out sodium by reading labels and doing more home-cooking.

• This left us with a macrobiotic diet (eating local, fresh, whole grains and produce with limited animal proteins and cutting out processed foods).

Here’s a closer look at the changes I made to make it work.

First, in order to fully appreciate how much my diet has changed, let me take you through a typical day in my diet pre-illnesses. It wasn’t awful, but it had issues. This is a home day, so it isn’t all eating out (that is a whole different chapter…). The other qualifier I put on myself is I go out for lunch.

All told, that is less than 2000 calories but about 4000 mg’s of sodium. (And I probably never really ate that meal plan in a day but it is representative of many people’s daily diet, including mine at that point.)

When I first started talking with my cardiologists about recovery, the biggest manageable risk we discussed was sodium. They said keep it to 2000, maybe 2500 mg’s a day. But —and they all said this— good luck with that in today’s world. Look at my daily example above and you can see why. Everything you don’t make yourself is processed and has hidden sodium.

Fast-forward to a typical day now.

• I start the day with a smoothie I make (I travel with a small blender and shop in grocery stores for these and other ingredients you will see here) from blueberries, a banana, ¼ cup of hemp seed and spinach. That is about 400 calories but only about 5 mg’s of sodium.

• My mid-morning snack is now a mixture of unsalted pumpkin and sunflower seeds. Again, higher in calories (about 300) but still only about 10 mg’s of sodium.

• Lunch now is a Great Harvest Three Seed Hummus sandwich with some veggies to munch on. 560 calories and about 1000 mg’s of sodium.

• The afternoon sweet is a piece of dark chocolate. Depending on the size of the piece, it is about 200-300 calories but only about 10 mg’s of sodium.

• Dinner is THIS recipe for an Americanized version of Bibimbap. It has about 500 calories and 750 mg’s of sodium. Most of the sodium comes from the salt, which I cut in half, so let’s say my sodium here is 500 mg’s.

• The popcorn is now popped at home in coconut oil and not microwaved. No butter and only a little salt added, which means about 400 calories and about 400 mg’s of sodium.

Dodging the sodium in processed foods was a game-changer.

In this day, my calories have gone up a little to over 2000 but the sodium content has gone down to the magic 2000 level. I can play around with these numbers, quantities and values all day long, and have, but the message is I cut my sodium in half by eating real food without sacrificing taste or calories. That is not the luck my doctors said I would need, but a byproduct of eating real food and avoiding a diet full of processed foods.

It is also helpful to note that, like most foods today, salt has processed food traps. Normal table salt is the sodium equivalent of Wonder Bread. Don’t eat it. Sea salt is better but some of it is processed as well. Not all sea salts are created equally. The one I use is a Pink Himalayan Salt. It is the true whole grain equivalent of salt. It has less sodium per teaspoon than fine grain salt, but all of the taste.

And, the Bimbimbap recipe is a staple in my cooking life these days. Or at least the basics of it are. And of macrobiotic cooking. Take whole grain (whole wheat berries, pasta, quinoa, brown rice) top it with fresh seasonal vegetables and avocado slices and a protein. This recipe uses eggs but tofu or Artic Char or chicken or a lot of other proteins work just fine. Simple, easy and tastes great.

Also, in my “today” day, about 90% of my sodium comes from three places. Lunch, dinner and popcorn. I could take it to close to zero by changing those things but my goal is 2000, not zero, and these work for me taste-wise. 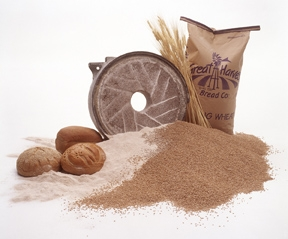 There are a few takeaways here:

• Eat your vegetables and fruits but still do so carefully. Eat what is in season because you know then that it is fresh. That is pretty simple to do. Shop at local farmer’s markets or join a CSA. They will only have local, in season items. (As an aside, all fruits aren’t equal. Cutting the banana out of my morning smoothie would significantly reduce the calorie count if that were your hot button).

• Cook for yourself from scratch. (Get some great recipe ideas here).

• Lastly, accurate labels from companies that are transparent with nothing to hide matter. I am not the label police, but people care about nutrition. It matters. And, if I can’t figure it out without asking, I won’t buy it.

And, yes, I really am healthy. The percentage of people that fully recover from what happened to me is incredibly low but I beat the odds. So did my wife. We had some incredible medical care but that isn’t all of the answer. Becoming real about real food was, and is, a very important part of our recoveries.

For healthy, unprocessed food ideas that also happen to be delicious, try some of our recipes:

Here are some resources for more information on sodium: