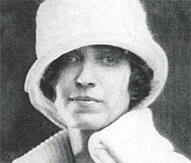 The idea for Father’s Day emerged in 1910 in Spokane, Wash. Sonora Smart Dodd felt dads deserved the same recognition as moms (Mother’s Day had been a national holiday since 1914).

Dodd’s father was a Civil War veteran who had single handedly raised six children.  She felt that if there was a Mother’s Day, fathers should receive equal treatment, of course!

Father’s Day was first proposed to Congress in 1913. The legislation failed to pass. Even after President Woodrow Wilson traveled to Spokane in 1916 to rally support, Congress felt the holiday could become too commercialized.

In 1924 Calvin Coolidge tried once more but the proposal failed again. Then in 1966 President Lyndon Johnson finally got a proclamation passed in Congress. Six years later Father’s Day was made an official national holiday by Richard Nixon. 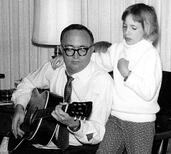 As long as I can remember my family celebrated Father’s Day. It started with breakfast in bed (check this Baked Carmel Apple Pancake recipe), homemade cards and hugs. If weather allowed, the day would include a picnic at the beach.

So as I look back at the things I cherish most about my dad, four things rise to the top. He reminded us to laugh often, to question the status quo, to enjoy great food and taught me the lyrics to almost every Johnny Cash tune.

So how does your family celebrate Father’s Day? Do you have a special memory you’d like to share about your dad?

Wishing everyone a Happy Father’s Day!

P.S. All of this great Father’s Day trivia — awesome for small talk — was found at Wikipedia.