The Best Business Decisions Happen When You Have Big Ears 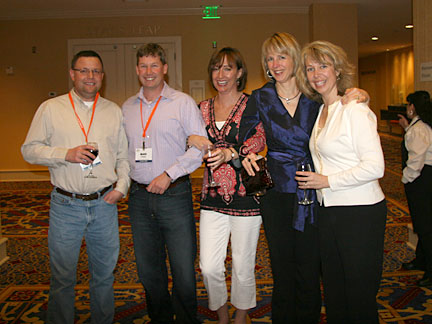 Over the last couple of months, my writings in this blog have focused on what I consider the pillars of how Great Harvest functions as an exceptional business. We have talked about our Franchise Agreement Board and how it cemented equity in our company. I wrote about how caring makes the world a better place. We talked about the power of peer review. And we learned we appreciate the need to have bridges to your past and heritage.

When I joined Great Harvest, which was about 10 years ago, it was a passing of the torch from the founders to a new generation of leadership and style. Rightfully, there was a great deal of angst over would my team honor the values that had let Great Harvest succeed with a business model that generally raised questions. Would we turn Great Harvest into a "real" franchise?

My first few years were rough as we all got to know each other. The skeptics had good reason to question me. I was a CPA for gosh sake. What did I know about letting people do their own thing? We all knew, because I openly told the story that the first time someone suggested Great Harvest was a good fit for me, my reaction was "Are you kidding? Me? Run a bread company in Montana? No way."

But what none of us took into account was that I grew up in a family that valued honor and fairness. I had an ingrained sense of right, wrong and personal freedom. I live my life that way and that carries over into business for me.

Little did I realize that my personal values were a powerful business style. All of the things I have written about so far are ideas that weren't mine. The Franchise Agreement Board was born when a franchisee asked me to consider the idea. The concept of Bake Days in Dillon was born from one of our field reps asking me if we could support our home town the same way we reacted to the 9/11 crisis. Peer review from the AAFD and Fran Survey came when those organizations heard about the things we were doing and asked it they could take a look. Our Hall of Fame came about when one of our people asked me to not let go of the past. The common theme there is that none of those ideas were mine.

Sometime in the early 2000's, I was contacted by an incredible woman named Traci Fenton who runs a company called WorldBlu. Their mission is to promote democratic leadership principles throughout the world. While I have always struggled with the term "democratic" leadership because it implies a political ideal in an overly politicized world, I quit worrying years ago because they "get it." I just didn't know, at the time, what it was.

WorldBlu is leading a movement based upon freedom centered business. And it really has gone from the vision of a passionate leader to a legitimate, world wide movement that we should all be paying attention to. Their theory is the further away from the action you are the less qualified you are to make a decision. My words, not theirs. Let people that are closest to the decision make it.

The early years weren't the only rough ones. 2009 was a mess. Like many CEO's I spent the year worrying about our business. I didn't handle it well. I became isolated and dictatorial. Increasingly I was forcing things on the company and not getting results. Luckily, Great Harvest has a very strong management team that had the guts to take me away for an off si

te retreat where we aired our issues and found our strength again. They forced me to listen and let go of the control freak I was turning into.

As we close the first quarter of 2010, I am thankful for that intervention. Morale is up in the office. Ideas are flowing. Teamwork is on the rise. Finally, it feels good again to get out of bed and go to work.

My team gave me a gift all leaders should be so lucky to receive. They reminded me of the WorldBlu principle that no one is smart enough to know it all -- especially someone that leads a 9 figure retail brand with over 200 locations across the country. They made me relearn the number one rule of being a CEO. Listen. Have big ears. Hire smart people that know what they are doing and then get out of their way.

Wow - this was a long post. If you're still with me, thanks for reading!